It was raining when we deliver this cake.  But I was not the least worried as I was using wafer paper peonies.  As long as there is no direct contact of any water droplets I was not worried about my flower petals softening up and break apart due to our humidity.  If only cakers around the world knows the advantages of this medium.  I am a clumsy person and always drop my sugar flowers (you can actually hear the shattering sound of thin porcelain breaking when they hit the floor) but now?  Hahaha....sometimes I throw it to show off to family members.  They can also be easily stored and transported.

Now back to this cake.  The bride wanted the figurines molded after them complete with her gown and cymbidium in her hair.

Color theme for the night was fuchsia. 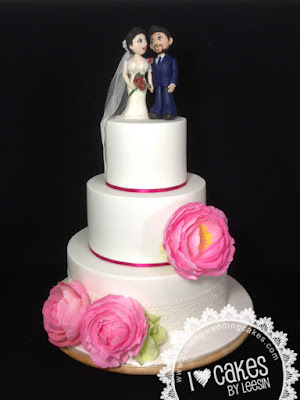 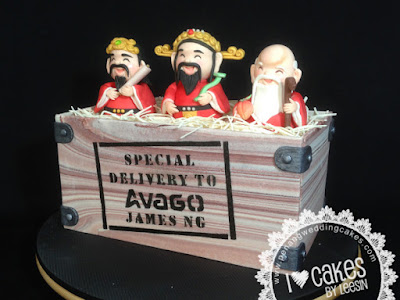 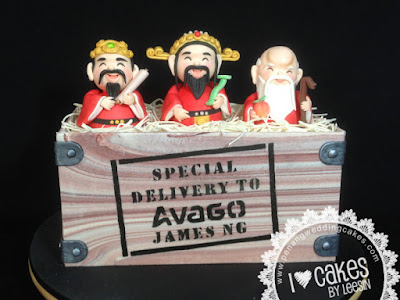 This is an elegant cake with the classic rose theme.  As the title suggests all the roses are made from wafer paper.

Two tiers are covered with rose-pattern sugar lace and one tier with pearls.  Fondant has a subtle tint of champagne.

Overall simple elegance is the word. 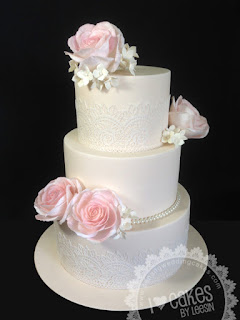 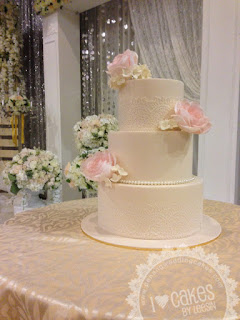